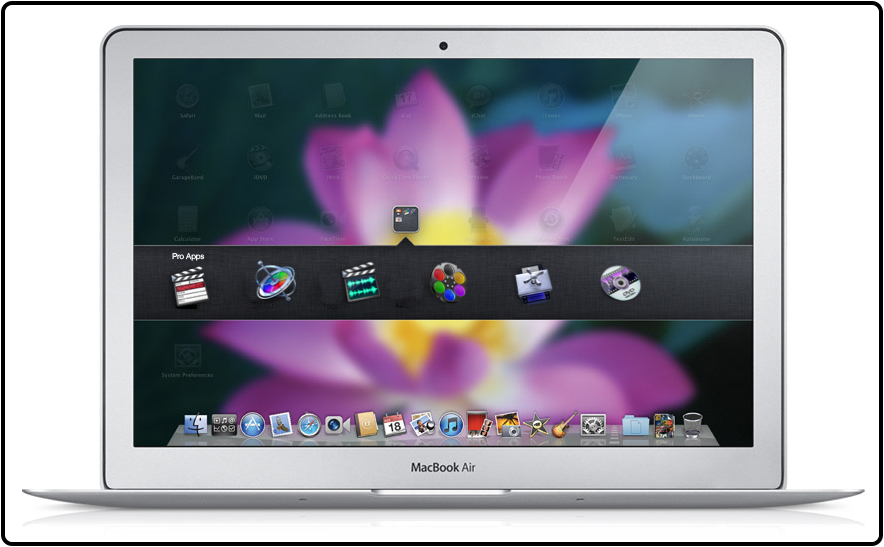 Ever since Apple removed the word “Computer” from it’s letterhead in 2007, gloom and doom pundits have been worried the company would eventually stop providing service for its professional users (read filmmakers, designers, photographers, etc.). Another alarming bit of news came last week when Apple discontinued its Xserve line of OS X based servers. Even though Apple has consistently updated their pro hardware in the years since it became primarily a mobile device company, this move definitely gives creative professionals reason for pause.

It gets worse if you look at where Apple’s Pro Apps, specifically Final Cut Studio, have been all this time. Don’t get me wrong, Final Cut overall has seen plenty of advances over the years, and it is still the editing choice of a growing number of filmmakers. However, there are major stumbling blocks that hold it back from being the perfect post production tool. Recently, a user e-mailed Steve Jobs asking for a Final Cut roadmap, receiving in return assurance that an update is coming “early next year”. Here is my wish list for what I believe would be most useful for creative professionals.

One thing that Final Cut Studio’s developers have been scared to change, and rightfully so, is the overall interface of the editing program. The proof that this is ground worth treading softly on is in the release of iMovie ’08, which stripped down the consumer software’s interface to the bare minimum. Relying more on clips smashed up against one another than on a “timeline” metaphor, Apple alienated tons of users who couldn’t grasp the change from previous versions of the software. In ensuing releases, they have slowly added the lost features back. However, the damage was done, and you can’t reinvent the wheel overnight for software that powers an industry. But how stagnant has Final Cut’s interface been? 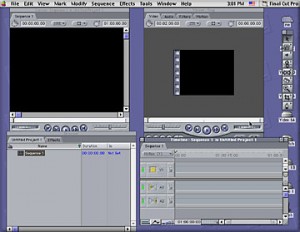 To the left is a still from Final Cut 1.2.5 running on Mac OS 9 posted to kenstone.net in early 2001. The interface today is almost identical. Functionally, there is no comparison. HD, multiclipping, Color integration, improved plugin extensibility…the list goes on and on. Final Cut 7 is a thousand times the editor that FCP 1.2.5 was. And yet the basic design of it survives a decade and a major OS redesign. In general, none of this would matter if it weren’t for the announcement of Mac OS X 10.7 Lion, which adds new multi-touch gestures on the OS level and highlights full- screen, iPad-like apps delivered through the new Mac App Store.

What does it mean to say that Final Cut Pro 7 is a modern, powerful application stuck in an OS 9 body? For starters, Final Cut relies heavily on multiple windows floating over the desktop. Get rid of any window and you can see the desktop behind it. Oddly, even the “standard” Final Cut display will leave a little bit of the desktop peeking out (in the lower right corner of the screen). This has long been a Mac-ish concept, so much so that when Adobe opted to introduce a more Windows-like neutral background in Photoshop CS3, users sparred a bit over the de-Mac-ification of the application. As Adobe’s John Nack pointed out back in 2008, Apple’s own applications have a bit of schizophrenia when it comes to interface:

What about Apple’s own applications, as they would be presumably be the definition of Mac-like, right? I noticed a couple of things:

* The pro video apps (Final Cut Pro, Motion, Color, DVD Studio Pro) configure their windows/panels to take over one’s screen completely.
* Aperture and iPhoto put all the UI into a window & optionally take over the screen in a dedicated full-screen mode.
* The iLife and iWork apps (Keynote, Pages, iWeb) all feature a UI approach that marries together content & interface in a single window.

Here are a few additions to his list (all of which stands true after two and a half years):

What’s that? You say that Apple has consistently updated Final Cut Studio every year or so? Wrong. Which brings me too… 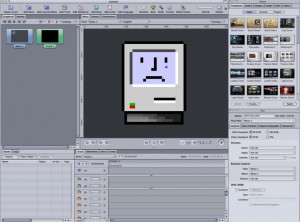 I used to repeat the following trope to aspiring filmmakers who balked at Final Cut Studio’s $1000 (or more) price tag: “You need Final Cut Pro to edit (i.e. eat), but DVD Studio Pro alone is worth the price tag.” That was true. DVD Studio Pro 4, the product that ships with Final Cut Studio today, was introduced at NAB 2005. Sure, it has received minor updates since then (the last one was in July of 2009), but even a conservative programmer would agree that five years is appallingly long to not have an X.0 release. Beyond that, its name is no longer relevant; content creators still use DVDs but it’s not how consumers get most of their media. At the very least, it’s a format on the run, being outperformed by Blu- Ray and downloadable/streaming content.

So what gives? No Mac ships with a Blu-Ray drive, which was presumably the holdup during the “format war” with HD-DVD in 2007. Apple wasn’t ready to throw its weight behind either format, instead waiting to see who would win, but Blu-Ray soundly won that battle in 2008 yet Apple still hasn’t shipped any high-capacity optical drives. The newest Final Cut Studio allows users to burn Blu-Ray discs, but not to design them with the ease and comprehensiveness of DVD Studio Pro. Instead, customizable menus require a good deal of coding, and even then the control scheme is lackluster. The only product on the market that allows you to author Blu-Ray discs with any kind of creativity is Adobe’s Encore, which doesn’t play too nice with Apple’s Final Cut codecs.

It gets worse. Physical media will be around for a long time as a distribution pipe (if I had to guess, I’d say at least a decade, if not two), but the writing is on the wall: downloadable media is the way of the future. Apple knows this better than anyone, given the revolutionary stance iTunes has taken on the matter. Last year, Apple introduced iTunes LP and iTunes Extra added features for music and movies on the iTunes Store, respectively. These functions basically feel like the interface of a DVD menu, except they exist only within the the user’s music/movie download on his or her computer. If the entire DVD experience is going to be digital, without physical media, will Apple be able to deliver an application to creative professionals? Right now, you have to be a coder to get anything done with these features. (Don’t get me started on creating slick HTML5 apps for the Boxee Box and GoogleTV; the same argument applies.) Hopefully [Media] Studio Pro 5 will help us deliver content wherever the eyeballs (and, yes, checkbooks) are.1

Put the App Store to Good Use

While it may not seem feasible to deliver Final Cut Studio through the forthcoming Mac App Store given its gigabyte girth, there is always room for third party enhancement via instant downloads. Final Cut has an active plugin community, and it would be great if all of those plugins could be managed through the App Store. It’s currently unclear whether the App Store will be able to be used for plugins, but it could be one day.

Imagine you could access a plugin App Store from within Final Cut. You come across a problem in need of a solution; you would immediately be able to browse through options for your specific need. Many companies offer plugin packs to cover the cost of delivering the software to users. With a plugin App Store, instead of 50 plugins for $100, 49 of which never get used, users could drop $2-$5 a pop for exactly what they need. Better still, when enhancements to a given plugin come in the form of an update, simply run all of the updates from Final Cut. The same goes for Motion textures, DVD Studio Pro templates, or Compressor presets. The market would be massive. Time will tell if Apple wants to allow the Pro Apps to play in the App Store.

Editing, like all creative pursuits, is an action of the mind. Great editors can find the perfect way to bump a series of pictures up against one another in order to convey an intellectual or emotional concept. As my junior high school music teacher told me when I said my saxophone was a piece of crap, “If John Coltrane walked in here right now and picked up that sax, he’d still be John Coltrane.” Tools don’t make art. That being said, there are a ton of niggling tasks that are a part of any post workflow, and Final Cut makes them a nightmare sometimes.

Clients (unlike artists) don’t want to know the inner workings of editing software. They just want their stuff. Here’s a list of things that will make it easier for all of us to get things done faster and, more importantly, right on the first try:

Everyone has a different use case for Final Cut Pro, and no two workflows look alike. If Final Cut changed anything in the post production game, it made it easier for those who have no workflow whatsoever to jump in and start making movies, more than any other piece of editing software before it or since. The digital revolution needs software that gets out of the way and allows filmmakers to explore their wildest creative thoughts. Many of my requests fit my workflow, but I’m one in a million. Nonetheless, I think this wish list is a decent start. I’d love to hear what the rest of you would like to see in Final Cut’s next release in the comments.